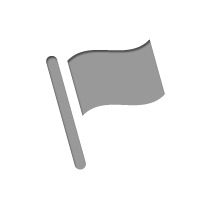 Leopold II's real purpose behind his acquisition of the Congo became clear as the pioneers carried out the King's wishes, particularly in the collection of the "black gold", the rubber necessary for the burgeoning industry of tyre manufacturing for bicycles and cars. For a period of time the Congo was the sole source of this rubber and Leopold was determined to maximise the profits of his position. While the King presented the white conquest as a benevolent act, bringing civilization to the Congo, Joseph Conrad, in "Heart of Darkness", describes it as "robbery with violence" and "aggravated murder on a grand scale".

The scale of the atrocities in the Congo has been likened to that in the black slave trade and the Jewish holocaust. And yet there is little public recognition of this in Belgium. No king has ever apologised and many records are still kept secret.

This section lists the memorials where the subject on this page is commemorated:
The Congo

An unusual and charming memorial, erected in 1933 to the civilians of Ixelles...

The Belgian Dynasty and the Congo

Chosen as a featured memorial in August 2002 because the presentation of Belg...