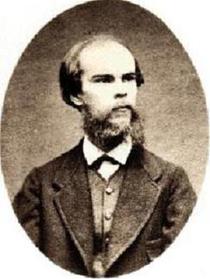 French poet. Born Metz, France. Died Paris, France. Before the incident in Brussels Verlaine and Rimbaud had spent some time in London (see LondonRemembers). Following his imprisonment for attempted murder of Rimbaud Verlaine was released in January 1875 and returned to Britain, ending up as a schoolmaster in Stickney, a village near Grimsby in Lincolnshire. No plaque, apparently, but Verlaine does appear in one of the school photographs.

This section lists the memorials where the subject on this page is commemorated:
Paul Verlaine

Chosen as our featured memorial in July 2004. The decadent relationship live...