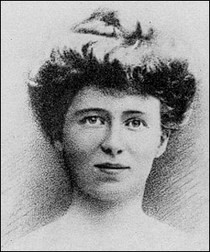 Born at Saint-Amand, France, into an old, rich family. She was devoutly catholic, sporting, fluent in a number of languages and a graduate of Oxford University. At the start of the war she travelled to Britain and joined the British Intelligence Service and, back in France and Belgium, gathered information while using the name Alice Dubois. Arrested by the Germans in 1915 she was imprisoned and tortured at St Gilles for 6 months. Condemned to death on 2 March 1916 this was commuted to forced labour for life. She was transferred to Siegburg, and then, very sick, to Cologne, where she died. Click on external link for more information and pictures.

This section lists the memorials where the subject on this page is commemorated:
Louise de Bettignies

This plaque is to the right of the main entrance to the prison, beneath the l...