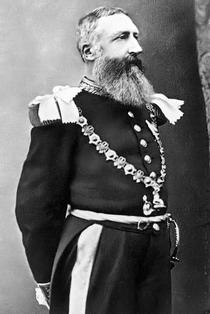 Leopold's cruel exploitation of the Congo was carried out in his name and under his instruction.

It seems nobody can find anything nice to say about Leopold II. A society lady is quoted as describing the marriage of Leopold to Maria Henrietta as being "like the marriage of a stable-boy to a nun", and by "nun" she meant Leopold. It is said that, on a visit to London the couple sought sex advice from Leopold's cousin Prince Albert and his wife Queen Victoria.

This section lists the memorials where the subject on this page is commemorated:
King Leopold II