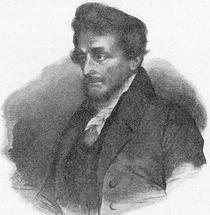 Historian. Led one of the groups of exiled patriots, the democrats ("the reds"), which hoped for a revolution.

While in Paris he wrote one of the various abortive attempts to create an authority that would have a power over the entire mass of emigrants: "Komitet Narodowy Polski [Polish National Committee]".

This section lists the memorials where the subject on this page is commemorated:
Joachim Lelewel