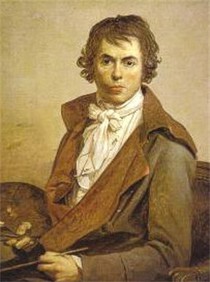 Jacques-Louis David was born in Paris. He actively supported the French Revolution in 1789 and in 1804 he became royal painter to Napoleon. In 1815, after the restoration of the Bourbons, he went to live in exile to Brussels, where he died. He was buried at the Evere Cemetery in Brussels but his heart was interred separately at Père Lachaise, Paris.

This section lists the memorials where the subject on this page is commemorated:
Jacques-Louis David

Credit : Jean-Michel Pochet The son of a policeman. After the war he restyl...

A non-profit-making organisation who have produced many of the stunning mural...