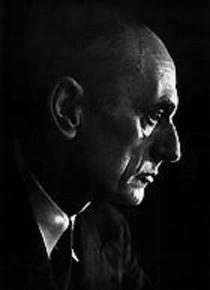 Novelist and poet. Born Frédéric van Ermengen, in Brussels. See the Neel Doff entry for the suggestion that she was his mother. The Hellens pseudonym was chosen at 16, after a wine merchant in Ghent whose surname suited him, Ghent being the town of his youth that inspired his creativity. He wrote novels ("Moreldieu" was written at the rue de Naples address), tales, poetry, essays, plays and memoirs (more than 80 very diverse texts). At the time of surrealism, he was fond of "la réalité fantastique". Between 1920 and 1955, he was an active figure in literary Belgium and France and was involved in publishing a number of avant garde periodicals such as "Signaux de France et de Belgique" and "Le Disque Vert".

This section lists the memorials where the subject on this page is commemorated:
Franz Hellens

French novelist, born at Montauban (Tarrf-et-Garonne) the son of an artisan. ...

French, born in Besançon. Examples of work: Les Misérables, Hunchback of No...