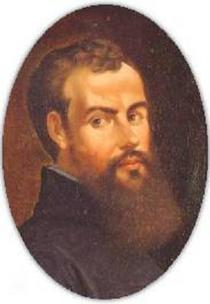 There is some good detailed information at web site:

The following text was copied from the web site:

Andreas Vesalius, Father of Modern Anatomy, was born in Belgium in 1514 in a family of physicians and chemists. Unlike most other medical professors of his time, he enjoyed dissecting bodies himself, and he published numerous works detailing his findings on human anatomy. Since his findings opposed much of what the ancient physician Galen declared long ago as truth, Vesalius was strongly criticized and persecuted. Many even accused him of heresy and tried to sabotage his work.

This section lists the memorials where the subject on this page is commemorated:
Andreas Vesalius

Inaugurated 12 December 1847. Despite M Goffart’s skills a few letters have ...

Geographer. Born Flanders, son of a poor cobbler. "Mercator" is the Latin t...

Geologist. He renounced his vows as a Jesuit priest to follow his scientific...