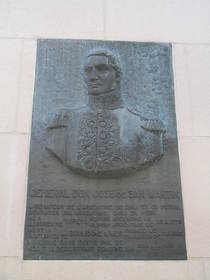 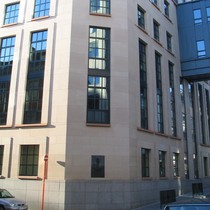 Credit for this entry to:
Yannick Du Bois

Due to the fact that the plaque is placed right at the corner of two streets, the text "lived in this street" is quite unclear. Nevertheless, a bit of research in the "Dictionnaire historique et anecdotique des rues de Bruxelles" by Jean d'Osta tells us that San Martin lived in the rue de la Fiancée, at nr. 9. That makes the place of the plaque twice strange: it is at the wrong side and the wrong end of the street. The most plausible explanation for this is the fact that most of the houses in this street were demolished during the covering of the Senne in 1868-1871 and replaced by other buildings.

This section lists the subjects commemorated on the memorial on this page:
de San Martin at rue de la Fiancée

Argentine general and the prime leader of the successful struggle for indepen...

House of the Blind - Slope A