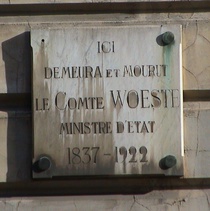 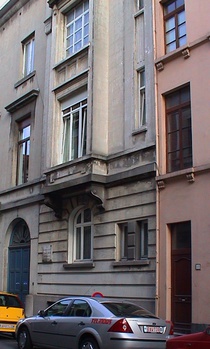 The house next door, number 15, with the arched entrance that can be seen in the photograph of the site, is the setting for the novel La Maison des Veilles, 1936, by Stanislas-André Steeman. ...A body is found on the second floor landing, but nobody mentions the plaque next door.

Belgian Member and president of the Catholic Party Part of his life is repr...

The linking of Duden and Forest Parks

Forest Park, created by King Leopold II, and Duden Park, given by him to the ...

House of the Blind - Garden ZA