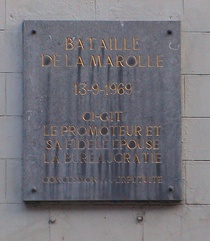 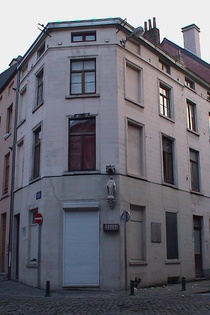 Plaque: Battle of the Marolles

The Marolle (part of the Marolles), a working-class area of Brussels, already overshadowed by the gigantic Palais de Justice (Law Courts), was threatened with a major redevelopment project. The people rose up against this proposal in such strength that politicians publicly caved in. Since then the Marolle(s) has been sensitively restored and buildings renovated to the extent that gentrification is now a real possibility.

Site: Battle of the Marolles (1 memorial)

House of the Blind - Garden K

The text on the plaque has been adjusted. It looks as if the painters were o...